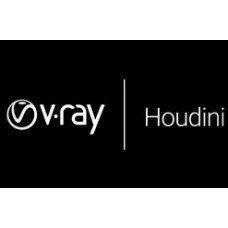 V-Ray brings VFX to life. From heroes and creatures to vehicles and environments, V-Ray helps artists deliver invisible and blockbuster effects for Emmy-winning television and over 150 feature films.

V-Ray for Houdini is a production-proven CPU & GPU rendering for high-end VFX and animation, built to handle users’ biggest scenes and most demanding projects. It comes with all the tools artists need to render amazing-looking procedural effects. Seamlessly integrated in Houdini, it enables smooth scene exchange and iterations between Houdini and other DCC applications.

V-Ray for Houdini is designed for artists working in 3D animation and VFX for film, TV, video games and virtual reality.